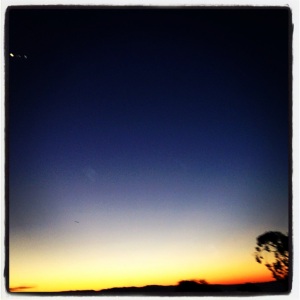 I have diagnosed myself with adult onset ADD. Perhaps I am its poster child. All I know is the overwhelming number of thoughts not directed towards work this week have surpassed those in every other facet of my life. Maybe I need a pill.

I truly, honest to God, think about this blog in my car, throughout the day, and whenever I am not thinking of anything else. However, my execution and writing lately has been near impossible. I could be sitting on my couch (um, like tonight) for several hours, and suddenly realize, Oh crap! I could be writing my blog! I should be writing my blog! But between thinking about what to make for dinner, the answers to Jeopardy!, and whether I remembered to leave tomorrow’s sub plans out on my desk, suddenly I look up and it’s ELEVEN O’CLOCK.

This week, for whatever reason, was filled with painful and wonderful and awkward memories of musical theater. From watching it, to trying out for it, to being rejected from it, to starring in it. And lo and behold, as the MWOAS Gods tend to provide, Les Mis is song numero dos on this list tonight. I unlike MOST of the world have not seen the movie that just came out. Perhaps this is emotional preservation (and I really can’t stand Anne Hathaway or Hugh Jackman). I had seen musicals before Les Mis, specifically with my Grandmother (who also, so it happens, has been frequently on my mind this week), but Les Mis changed my life.

When I was in middle school, my parents were fortunate enough to see Les Mis on Broadway, and brought my brothers and I back the cassette. When I tell you all three of us have every breath, pause, and scratch in that tape memorized, I don’t joke. Hearing “Look Down” tonight brought me back to our living room, where my brothers and I would re-enact what we thought was the scene with Gavroche, the small boy who dies in the battle somewhere in the middle. My youngest brother, who was more musically brave than me and our other brother, did every bit of his solo perfectly. THAT’S how important that musical is to me.

Anyway, my uncle, a former high school teacher, was taking a group of kids to see the premiere of San Francisco’s version at the Curran in the early ’90s. Someone got sick, and he asked me to go. I will never forget it. Thinking of it now causes slight emotional hyperventilation. The following year, my parents took me for my fourteenth birthday, and then when I was 16, we were fortunate to see it at Her Magesty’s Theatre in London on, I swear to you, the hottest day in London history. But sweat, cramped legs, jet-lag and all, the three of us sat glued to the seat in front of us, tears streaming down our cheeks. It’s nice to hear from an old friend like Les Mis, even if it truly is one of the most depressing musicals ever. Seriously. I used to sing “On My Own” in my mirror, crying real tears, performing it on our fireplace mantle for whomever would listen.

Music, really, is the ultimate healer, the ultimate connector. I have posted in the past the guilt I hold for not calling or seeing my grandmother who has pretty severe dementia, which we think is actually Alzheimers. What a debilitating disease. Christmas Eve, we Skyped with her in San Diego, and it was heartbreaking. Actually, I am convinced it broke my dad’s heart. I still haven’t shaken the image out of my head.

Occasionally, I flip through my XM Radio stations, and one of my presets is the Broadway channel, because I tend to know the more obscure songs and apparently have no shame cruising down the freeway, singing at the top of my lungs. Earlier this week, “Only Make Believe” came on, and it brought me to The Gershwin Theatre, New Years Eve 1994. My grandmother took me to New York for a trip of a lifetime, and the highlight was the brand-new revival of Showboat, a musical that reminds me how to feel. I wish I could explain that more eloquently but I cannot. Let’s put it this way: Joe is on stage and when he finally spoke, a hushed oooohhhh swept over the crowd because we all knew he’d eventually sing “Old Man River”. I know she knows how much I loved that trip. I wonder if she sings that song in her mind now. I really hope so. Or at least one of the thousands she memorized, danced to, sang to, wrote about, over the course of a seventy-five year love affair with the Theater.

Yep, a lot of overwhelming thoughts this week. Not bad. Slightly painful. Mostly grateful on this end that I have been able to experience them. I cannot lie. I love Starship’s “We Built This City”, a song written by the remains of Jefferson Starship, which were the remains of Jefferson Airplane. But it talked about my city, my music. And somehow, in fourth grade, I took ownership over it. Well, the more I realize things, nearly 30 years later, I take ownership in all the songs of my life. Maybe I don’t need a pill after all. Maybe I just need more music. Maybe we all do.

4 thoughts on “I Can’t Help But Reminisce”