English, For those who cannot out, gratitude, last day of school, middle school, Sandra Cisneros, special education, teaching, The Beach Boys, The House on Mango Street 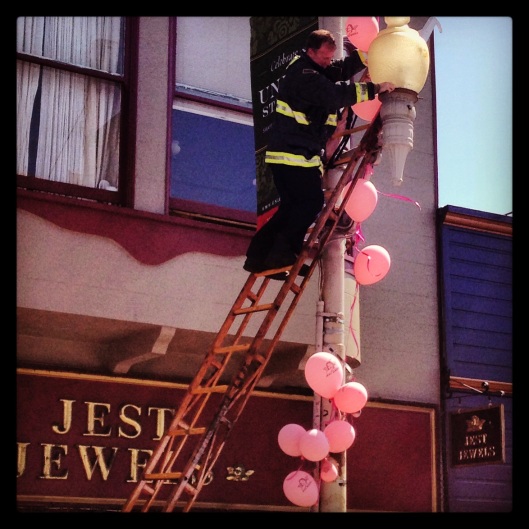 Joni’s song is one of my favorite, regardless of the season. Yes, it’s  a Christmas song, but not really. I think she wrote and sang about being confused and tired, and even a little melancholy. I would say I am all of those, perhaps excluding the melancholy.

School is out, so no melancholy, right? I finished teaching English Friday for good–maybe not for good, but for at least a while. And I am thrilled and terrified and perhaps grieving a little for my first passion. But then again, I realize that another stronger passion of mine is working one-on-one with kids. And that’s just what I am going to do.

I requested a transfer–a long shot–to move to special education at my current site, something that is also one of my first passions. And low and behold, my amazing principal seconded the motion, and here I am.

Graduation was a complete trip. 8th graders. One of the best group of 8th graders ever. I could not be more pleased to end my final literature chapter with such an amazing bunch. Many of my colleagues asked me after wiping my tears away if I was sad to leave English. I didn’t cry because of me. I cried because of the six students–my six students, all of which overcame so many obstacles–poverty, busing, learning disabilities, autism, social anxiety–who presented speeches at graduation. They killed it. And yes, a few of them thanked me publicly in their speeches, but that’s not what touched me.

This group of kids were the most accepting, diverse, compassionate group of 13 and 14 year olds that I have had the privilege of working with, ever.

But I did get sad.

About two weeks ago.

We had an off-week; I was out two of the days, once for preparing for special ed next year, and the other because I was out sick. My favorite (and yes, I did indeed have one) class was my 4th period. They were far from perfect. They were my largest class, filled with two kids with Asperger’s Syndrome, two others with IEPs, 3 with 504s, and each and every one of them was eager to learn. For some reason, this motley crue hung on to my every word. They asked the probing questions to me, instead of the other way round, like my other classes.

They were the last group to finish Sandra Cisneros’ The House on Mango Street. It’s one of my favorites–to read, to teach, to hear out loud. And that’s what I did. Each kid had a copy, but I read the entire thing from cover to cover. I know its cadence, its nuances. And I choked up on the last line.

If you’ve never read it, do. It’s a novela about a young latina living in the ghetto in Chicago, and she hates where she lives. She writes about her experiences on Mango Street, and wishes for nothing more than having her own house. At the end of the book, she has been told several things. One, that her home is in the heart. Two, that she must write because it will set her free. Three, to never let her pride get in the way of success. And four, to never forget that she is Mango Street, and she cannot change where she is from.

These are the last lines.

I was met with 28 eyes looking at me, not their books. Some verbally made it clear their love for the book. Others flipped back to the beginning to make sure that they weren’t wrong about Cisneros repeating the beginning of the book at the end. And most of them agreed that this was the best book they had ever read for school.

Those last two lines. After typing them out just now on this blog, I finally realize why I welled up. For twelve years, I have been teaching English like a cheerleader. Most middle schoolers don’t enjoy literature, and if they are tuned out in middle school, forget about high school. So I do everything possible to keep them tuned in.

Once upon a time, a small school in Connecticut filled with troubled adolescents took a chance on me, and I have never forgotten it. I have moved further and further away from that experience, helping kids improve their As, while attempting to split myself in two to assist those who can barely get a D due to learning disabilities, emotional disabilities, fiscal disabilities.

I too am returning for those who cannot out.

I hadn’t told any of my students at that point that I was moving to special ed, and when one of my very astute 4th period students noticed I was tearing up like she was at that last line, she told me it was the best book she had ever read. And then I told my favorite class that it was the last time I would read that line aloud as an English teacher. I was met with dropped jaws, sighs, and cries of “Who’s gonna teach my little sister?” I couldn’t ask for a better standing ovation.

This week has solidified my passion for teaching, and I will exit stage left feeling like I was a pretty badass English teacher. I was met at graduation with shock from parents, but a ridiculous amount of gratitude, praise, and best wishes. Many repeat parents, whom I have had the pleasure of teaching two, three, four of their children, have told me that I will be missed in the English program, but that they could think of no one better to work with those who cannot out.

I am not trying to toot my own horn with this post. Instead, I am perhaps writing this for closure. A little piece of me moved on with my students. And I would be a liar to say I won’t miss it. But who knows what the universe has in store for me. Maybe I will return one day to English, to cheer on those kids who struggle to connect to Huck, and Viola, and even Cisneros’ character Esperanza. For those who cannot out.

Peterborough and the Kawarthas–Barenaked Ladies

Canary in a Coal Mine–The Police

There Will Be No Teardrops Tonight–Willie Nelson