I am a horrible granddaughter. This is something I have struggled with for most of my adulthood. Oh, Mo–you shouldn’t feel that way people say. But let me speak (or write, perhaps) because I have something to say on this subject. I have posted more than several posts on my precious Gram. There’s a reason for this–she helped raise me in a sense. She was close by. She was my mom’s mom. She was one of my best friends. I think most people get it.

The flip side–my granddad died when my mom was 10 and Gram never remarried. So, the only “complete” set of grandparents was on my dad’s side. And let me tell you something–I loved the life out of them. I still do. Some of the best memories in childhood are at Disneyland with my grandparents, huddling and oohing and ahhing over the Main Street Electrical Parade and fireworks.

My grandfather and I shared a deep love for singing. My grandmother and I shared a deep love for musicals. She took me to my first one –Carousel– right after Grandpa died in 1987. My first grown-up trip to San Diego. I was 9.  She also took me to New York for the first time right before I graduated from high school, on a theater tour. I fell in love with Show Boat, Sunset Boulevard, Miss Saigon and all things Broadway. Don’t be confused–I loved Broadway before that but seeing it in first person made an impression on me that I will never shake.

My grandmother is currently lying in a beautiful room, receiving amazing care, talked about in a positive light by all of us every moment we can. But sadly she does not know us. Every END_OF_DOCUMENT_TOKEN_TO_BE_REPLACED

Posted by my words on a string | Filed under Family, High School, Life, Music, Writing 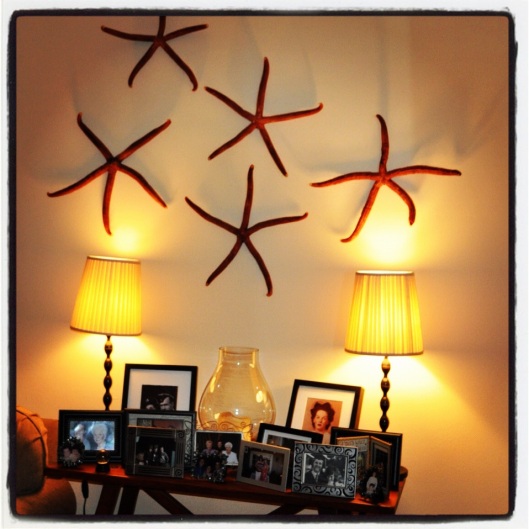 I think about today’s songs, and the first word that comes to mind is “happy”. The songs aren’t always happy, but they are the songs that cause me to forget all inhibitions and sing along as loud as I feel. They’re chore songs, so to speak. I remember vacuuming my slanted summer rental in Boulder one summer after a bag of birdseed fell into the stove, and rolled everywhere. In our pajamas, my two roommates and I drank wine and vacuumed out the stove, all while we danced and sang to Diana Ross and the Supremes. Top of our lungs sang. What a release.

I have been focusing lately on what makes me happy. I got the cutest phone call from my nephew L tonight just to say hi. We laughed as I told him a joke. Phone calls and one-on-one time with my nephews and niece make me happy. Today, I picked up Cathedral by Raymond Carver, a collection I haven’t read in a long time. I love Carver, and his craft never fails to amaze me. I read while I munched on juicy cherries bought at the farmer’s market yesterday. My clean apartment feels good to lounge around in with the sun streaming in the windows. These little things make me happy.

And then there are stars. I have this thing with stars. Poems about the stars, drawings of stars, starfish, songs about the stars. You get the drift. My favorite ee cummings line is “a single star is uttered and I think of you”. This, like the songs today, like the END_OF_DOCUMENT_TOKEN_TO_BE_REPLACED

Posted by my words on a string | Filed under Connecticut, Family, Friends, Life, Music 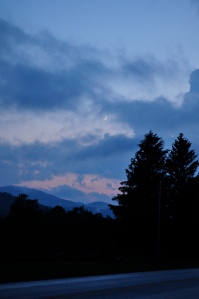 One month. Many events occur during this amount of time. The passing of the moon. Changes in the menu of my favorite salad shop.  Enough time to decide if things are right or wrong. My life.

I went to the Golden Gate Bridge this afternoon, a good 7 mile trek, and the wildflowers, which were non-existant a month ago (embarrassingly enough, the last time I walked there) are now in full-bloom. A month ago, I was buried underneath 137 essays, three stacks of poems for each of my 5 sections, and various makeup work. Today, I am buried underneath exercise, sunshine, curriculum planning, and soirees with friends. I like this change.

One month is the near-amount of summer I lose this year. Thank goodness for the month after summer school. Not only would I go crazy, but if I were in grad school this summer, I wouldn’t be able to graduate because school would have started that same week. END_OF_DOCUMENT_TOKEN_TO_BE_REPLACED

Posted by my words on a string | Filed under Life, Music, Work, Writing

If asked to name the most influential album of my life, without a doubt, I’d name Paul Simon’s Graceland. I know it better than any canon of music. I was about to start 4th grade, and it was one of two cassettes my dad kept in his car. I even wrote the beginning stages of my novel about it.

Tonight on A&E, the making of Graceland was on tv. I knew Ladysmith Black Mambazo was present in the album. As an adult, I am now aware that Apartheid existed in 1985 when it was made. But I had no idea the political issues that went in to my favorite album until tonight.

Even though none of Graceland’s tracks show up tonight, I as usual, was moved to tears hearing Paul and his three different sets of South African musicians in tonight’s documentary. I don’t think I can rank my favorite songs from the album. Each one, I swear to everything, has its own spot in my heart, conscience, and memory.

What’s disappointing is despite how much I could talk about the documentary until the cows come home, I cannot ignore tonight’s songs. Or their artists for that matter. Perhaps there’s a connection, perhaps there isn’t. I have seen Chicago and Weezer in concert. The Beastie Boys defined music for my generation. Weezer brought me into adulthood. And even though I didn’t fully embrace Sam Cooke until a few years ago, he too changed music. I have always known the song “Another Saturday Night” but until I dissected the lyrics tonight, I had no idea of the racial undertones. Just like the making of Graceland. Perhaps because I have been sheltered. Perhaps because even though racism still very much exists today, I was spared much of it because of when and where I grew up.

Unfortunately tonight, I couldn’t listen to the songs because my computer is acting up again. I currently have no sound apparently. Which is too bad because I haven’t heard many of these tracks in years. They aren’t in my current loop of music, so to speak. But that doesn’t predict their importance.

I couldn’t figure out which photo to use tonight. Nothing felt correct. However, Graceland is one cyclical album–it’s hard to tell where it begins and where it ends. That’s the reasoning behind the image of a spiral staircase. The album will never age to me. As Lou Rawls says, “Music is the greatest communication in the world. Even if people don’t understand the language that you’re singing in, they still know good music when they hear it.” These are the roots of the rhythm, and the roots of the rhythm remain.

Does Anybody Really Know What Time it Is–Chicago

Posted by my words on a string | Filed under Family, Friends, Life, Music, Uncategorized, Writing

I really don’t have an agenda today. Well, I do but I don’t think I want to go there. So instead I want to write about my relationship with my car. Not my specific car (which sadly, I just realized, I have not named. Isn’t that bad luck? Like a boat?) but the cars I have had in general. My car is currently in the shop because a taxi driver sideswiped me. He made a right turn from the middle lane. While I was in the right lane. At a full stop. Can you sense my frustration?

My relationship with cars began when I first learned to drive. Before my permit I begged my mom to let me drive in the parking lot of a church while waiting for my brother to finish some sport of some kind. We had a mini van with an enormous console between the two front seats. She finally agreed after I nagged for probably days and I jumped out of one door and into the other. END_OF_DOCUMENT_TOKEN_TO_BE_REPLACED

Posted by my words on a string | Filed under Family, Life, Music