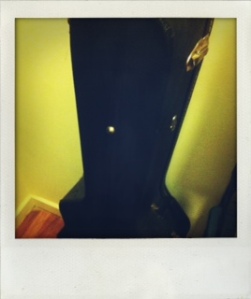 The bipolar nature of tonight’s playlist made me laugh at first. I searched the lyrics of each of the first five songs, thinking to myself that it’s going to be difficult to make anything out of this collection. Deano talks about being in love, The Fixx, well, I still can make very little out of that one. Perhaps being cowardly? This song might be Barry Manilowe’s most depressing, Prince makes me get up and dance, and “Go” has Eddie Vedder screaming about a drug overdose.

But then came the best gem of all–Weezer. I don’t know if I have ever heard this song. Add it to the list of songs I own and don’t know. This is the reason I started MWOAS after all.

I have mentioned before that I found Weezer when my friend’s older brother returned from college. I was about to be a senior in high school, and was hooked. About a year ago, I heard the lead singer, Rivers Cuomo, on Teri Gross’ Fresh Air. The guy is a genius. If you haven’t heard it, check it out. Not only does he have a degree from Harvard, he also spoke about what it was like when he was a kid living on an ashram. I remember some sad-ish story about a school fight or being picked on, which led to some of his songwriting.

Anyway, after looking at the lyrics to the slow-paced “Heart Songs”, I realize how much songs have changed my life. Specific songs. I have referenced this many times in the blog, but it’s funny which ones we forget. In the second stanza of Weezer’s song, Cuomo sings, “Eddie Rabbitt sang about how much he loved a rainy night”. I don’t know where we were but it was in my mom’s car, before my brothers. I think we were in a parking lot, and it was pouring rain. This song was on, and it was a song I tried over and over to remember because I remember liking it. All of it’s 6 catchy lyrics: “Well, I love a rainy night”. We were in a fender bender. That’s all I remember.

When that song came on the radio as I got older, I could still remember the impact of this stupid song–rain and darkness and safe with my mom, after being rear-ended. Weezer lists many other songs that changed my life in a way–Nirvana’s Nevermind album, “Man in the Mirror” by Michael Jackson, Rick Astley.

So I thought, if I were to choose 6 songs that define me, what would they be and why? What are my heart songs?

In no particular order:

“Running to Stand Still”–U2, The Joshua Tree. This was my first CD. Up to that point, I hadn’t listened to lyrics to anything so deep. And Bono’s oohs still haunt me.

“Pancho and Lefty”–Waylon Jennings and Merle Haggard, Pancho & Lefty. This defines my childhood. Plus it tends to be a theme song for me and my best friend.

“Diamonds on the Soles of Her Shoes”–Paul Simon, Graceland. I’ve discussed this album ad nauseum so I won’t say anymore.

“Let it Loose”–The Rolling Stones, Exile on Main Street. This song defines the moment I fell in love with Mick Jagger. He took the shine right off my shoes.

“You’ve Lost That Loving Feeling”–Hall and Oates (this mortifies me btw). The unnamed cassette tape that came with our 1981 Mercury Colony Park station wagon. It’s the song I remember most. Plus, that’s the car I grew up in. Seriously.

“Tomorrow”–Aileen Quinn. Annie. Yes, the soundtrack. The other tape that lived in our station wagon, until it “got lost” when I was 7. That was the first movie I really remember. We saw it in that station wagon, Mom, Dad, and I, at the Drive In in San Jose.

What a bizarre collection. I could have added many, many more. Most were discovered between the ages of 5 and 10–the informative years. I didn’t include bands I grew up with like The Beatles, The Beach Boys, or The Eagles because the lyrics meant nothing to me until I was older. They were background music in my childhood.

One that I didn’t choose is for a simple, loaded reason. “Danny Boy” represents bagpipes and my family, death and loss, love and life. Like “Amazing Grace”, I hear the first few bars, especially on a bagpipe, and I am down for the count. So I avoided those types of songs.

So what are your Heart Songs?

Ain’t that a Kick in the Head–Dean Martin

One Thing Leads to Another–The Fixx

I Wanna Be Your Lover–Prince

Posted by my words on a string | Filed under Family, Friends, Life, Music, Writing